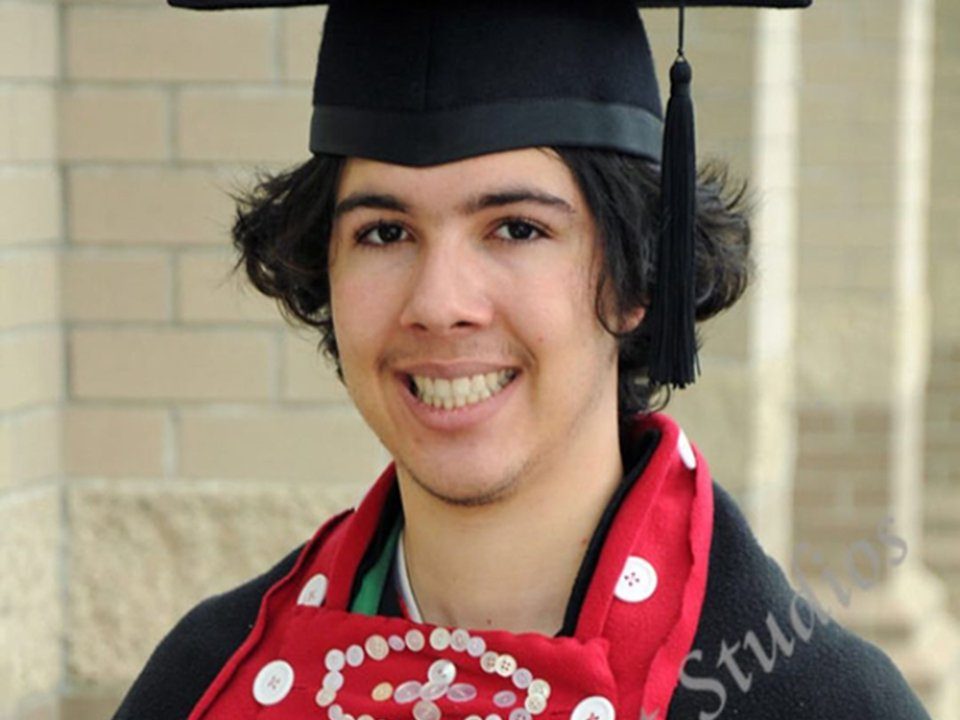 Cole Lawrence is an Autistic, Two-Spirit, Muxe Youth from Northern BC. Their journey through the public school system has not been easy, nor has it been particularly positive. As an individual with multiple co-occurring conditions, Cole has done an impressive job advocating for themself and those around them, despite the barriers to do so. Content Warning: Bullying, systemic ableism, graphic details of abuse and lack of care, coarse language.

My name is Cole Lawrence and I prefer identity-first language like autistic person. I was diagnosed with autism at four-and-a-half years old when my mother took me to the CDC (Child Developmental Centre) after months of me “not being a normal baby.” After roughly an hour, they said I might have autism, but I didn’t find out I was autistic until grade 8 when my teacher and I looked up autism and started learning what it is. I felt relieved and was happy I finally had an answer for what I was experiencing.

This next part might, and frankly should, make you feel uncomfortable. As a society, we need to do better for our students and for our children.

School isn’t always easy, especially when you have diverse abilities. I’ve experienced many barriers including unfair and discriminatory treatment and ableism in my time as a student. I’ve been called rude names like retard and been excluded from activities because I’m autistic. I did not receive the necessary supports from teachers, counsellors, or administrators. There was animosity between myself, my school counsellor, and some of my teachers because they did not take the time to listen to, nor support me when I needed it. One of my teachers said “gypsies are thieves and liars,” which hurt because I am part Romani and Romani people are commonly called “gypsies.” I said something to the office, but it was dismissed. In another situation, I had a teacher call me a Turkish Terrorist because I wore a scarf to cover my mouth during the winter to suppress my asthma. When I reported it, administrators simply said “it was his humour” and nothing was done. Yet another teacher said, “if I was really disabled, I would have [different] facial features and would have to be in a wheelchair, not be able to use the washroom, nor speak.”

Unfortunately, teachers were not the only people that used derogatory words to describe me. I have had many conflicts between myself, teachers, administrators, and other students alike. When I told my counsellor that other students called me a retard, they replied by telling me that “it was unlikely that [other students] would call me a retard.” Another time, I told [my counsellor] about my communication disorder diagnosis and she said I had great communication and totally disregarded the diagnosis by saying it was not important. Types of communication can include verbal, nonverbal, written, visual, facial expressions or body language, gestures, sign language, or music. Frequently, communication disorders are co-occurring conditions with autism spectrum disorder, dyscalculia, and dyslexia. I’ll touch on co-occurring conditions more in a moment.

Throughout my time in the school system, I have been gaslit by many people. It has been common for me to hear comments like: 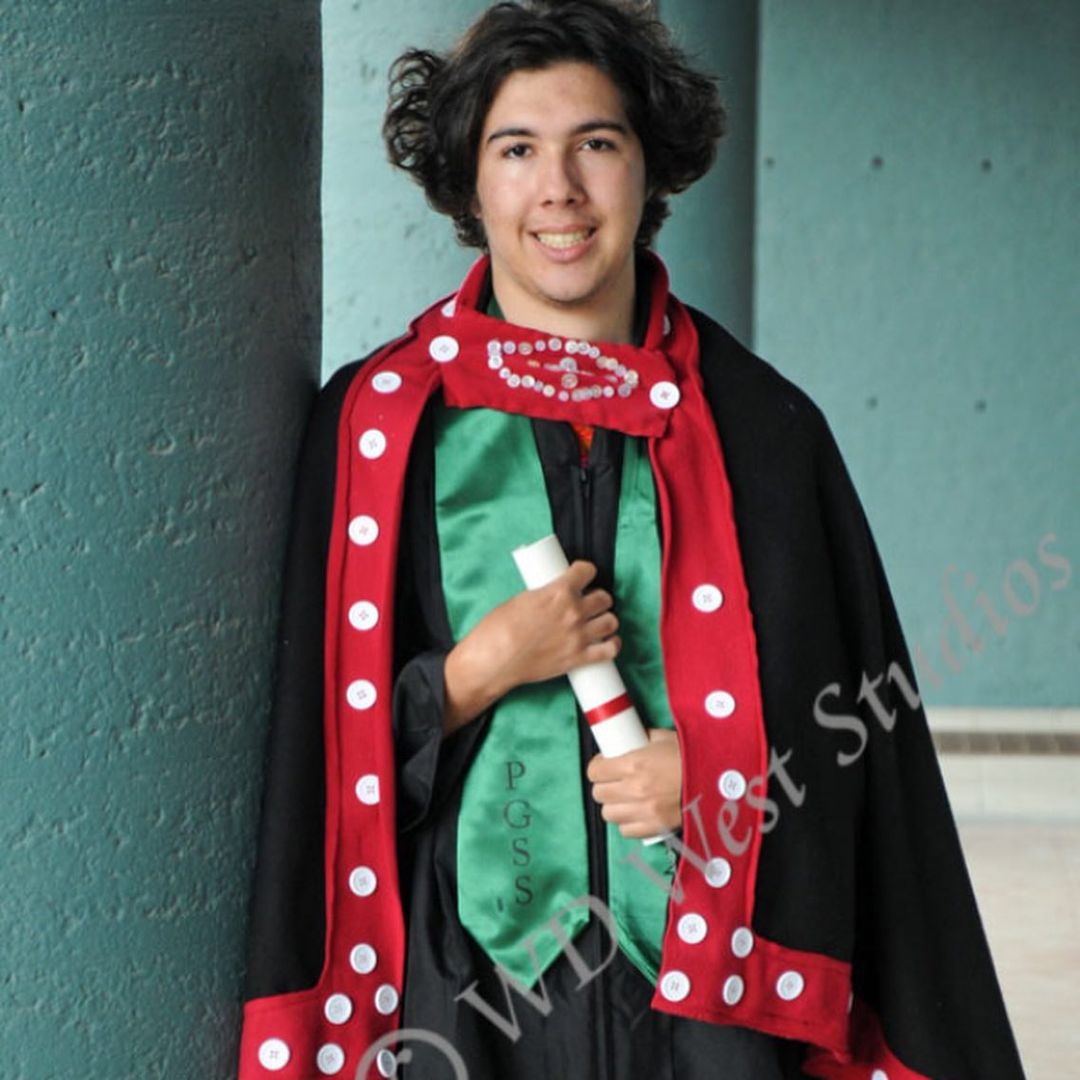 I have been diagnosed by medical professionals as having:

My mom was told that I was self-diagnosing and my coexisting autistic conditions were fake and not important. I believe [the doctors and other people] thought I was self-diagnosing because, over the years, I had a bunch of stress in my life that negatively affected my autistic symptoms and traits. My stressors included my parents’ marital issues, teachers not hearing my point of view, nor listening to the supports I needed, being bullied, being told I had a different biological father, and my types of tics. 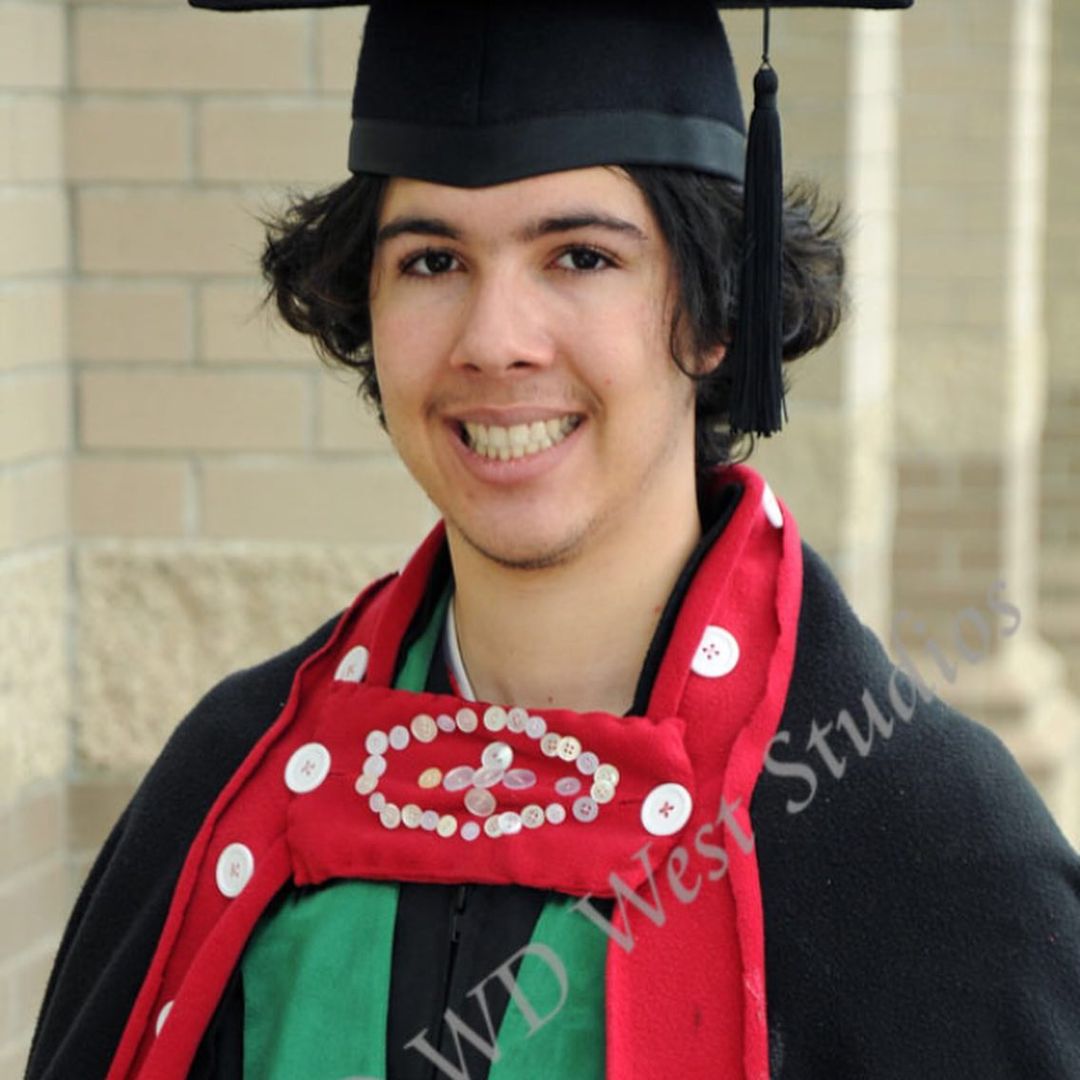 Teachers and Administrators often misunderstood me and my co-occurring conditions which made school even harder than it already was.

My Tourette’s frequently got me in trouble. I was often sent to detention, counsellors, sent home, or even quarantined because of my Copropraxia (a type of tic consisting of involuntarily performing obscene or forbidden gestures or inappropriate touching) and I was compared to a sex offender. I have also been told (by teachers) to suppress my tics which often leads to headaches, rages, sensory discomfort, anxiety, and/or physical pain. Please, never tell someone who has any tic disorder or Tourette’s syndrome to suppress their tics.

In grade 10, one of my teachers said I had to take off my glasses because they had a blue tint, which was a blue filter for my Irlen Syndrome (also called Meares-Irlen Syndrome, Scotopic Sensitivity Syndrome, or Visual Stress) which is a disorder of vision and imaging processing in the brain and is very common in Autism and Tourette’s.

My Tourette Syndrome can be severe at times, so I was able to be excused from my classes and take a walk to exercise my tics, but I was told by some teachers that it was considered skipping so I was forced to stay in that class as my severe tics were going. I even had a special Ed teacher tell me that I should not go to secondary education because it would be a waste of money if I am leaving class and not learning.

Prior to my OCD diagnosis, I told my school counsellor about my symptoms but she said that involuntary thoughts and behaviours didn’t exist in people. Another example of how my co-occurring conditions made school difficult was one of the last times I suffered from seizures. I had a severe seizure and went to Prince George Hospital by ambulance while seizing in my town of Hixon, BC. I was fully diagnosed (by medical professionals in the ER) with psychogenic non-Epileptic seizures (PNES). Before my diagnosis, I had multiple seizures at my high school, but they never called 911. The school only ever called my mother once but my special ed teacher (who saw me at the end of the seizure) told my mother I was not seizing but non-verbal and told my mom it was “a sensory issue” and not a seizure. I told The Foundry’s counselling department about the incident and they recorded it. I had more than 20 seizures at school from grade 9 to grade. I told the ER doctors about the seizures, and they said that they were indeed authentic seizures and not “sensory issues” as my special ED teacher said. 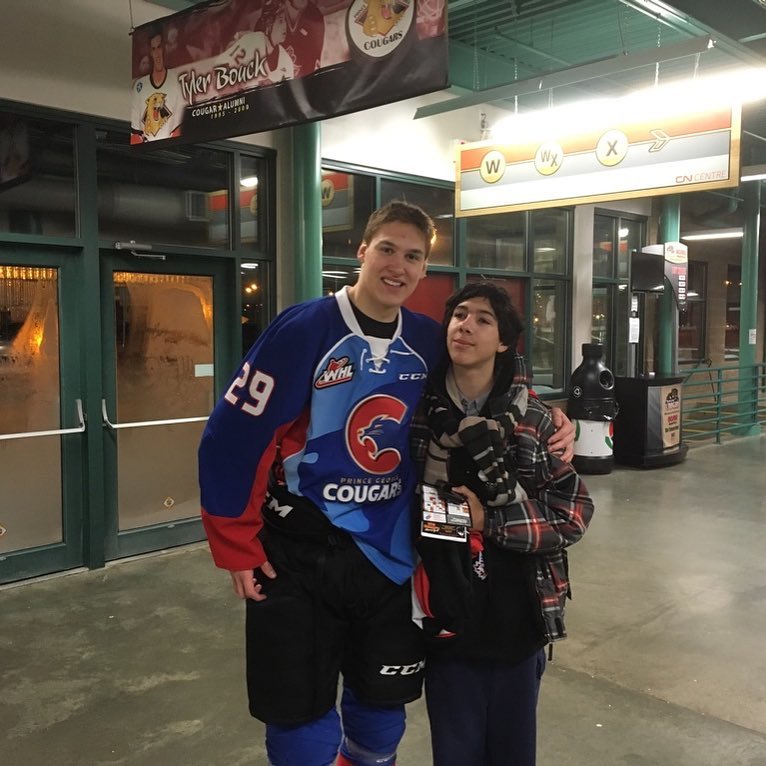 One time, my best friend told his mother that a recording of me having a tic and a seizure was recorded on Snapchat. Her friend’s kid saw the video. Unfortunately, Snapchat videos and pictures are instantly deleted after opening, so the incident was dismissed and no investigation was made. Sadly, the damage was already done and other kids pointed and laughed at me due to the situation.

I know autistic people from different high schools in SD57, who have prosopagnosia (face blindness), something I also have. I’ve been locked in lockers and the people who did it did not get in trouble because I could not see who it was.

I have seen EAs (teacher’s assistants) that have been disrespected and treated poorly by teachers. One situation I remember was when a teacher called an EA “useless.” One EA who is autistic and involved in the Neurodivergent/autistic movement, including being a contributing writer and journalist at Spectrum Women, has been a great mentor and helped me a great deal, but the school has been ableist to her as well. Sadly, it happens to other students as well. A friend of mine who is intellectually disabled/mentally challenged is given colouring books for homework and I heard them called her a retard. That same student told me people broke her glasses and nobody helped her. Another example of ableism within my school has to do with sexual education. When I was in grade 5, I was told to read a book called “Stork Baby” and that was considered my sexual education. I never got any Sex Ed classes ever in my life. 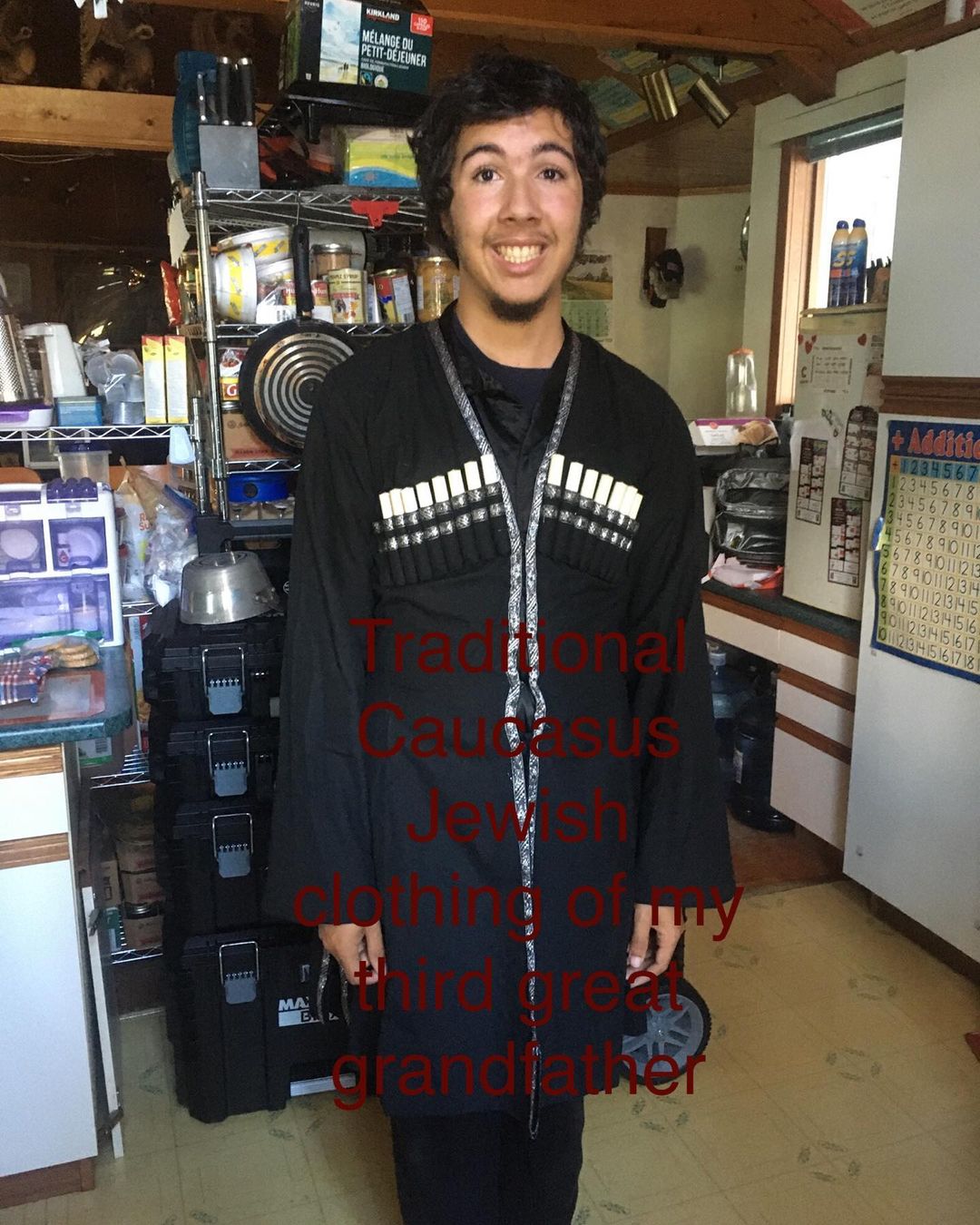 My experiences have impacted me greatly, but I have hope for the future.

As a result of my experiences, my self esteem went down a pit. I have had seizures since grade 9 and because the school never called 911 when I had a seizure, my seizures are becoming a monthly thing and are getting worse. My Rejection-Sensitive Dysphoria (part of my ADHD) is worse as well (the school also said I didn’t have that either).

I think the education system can be improved by asking the autistic and disabled students about their needs and [supports]. Allow disabled people do what they need to do and accommodate the disabled. Teachers should not say ableist things. The school system needs all staff to become better educated about Neurodivergent people by Neurodivergent people. 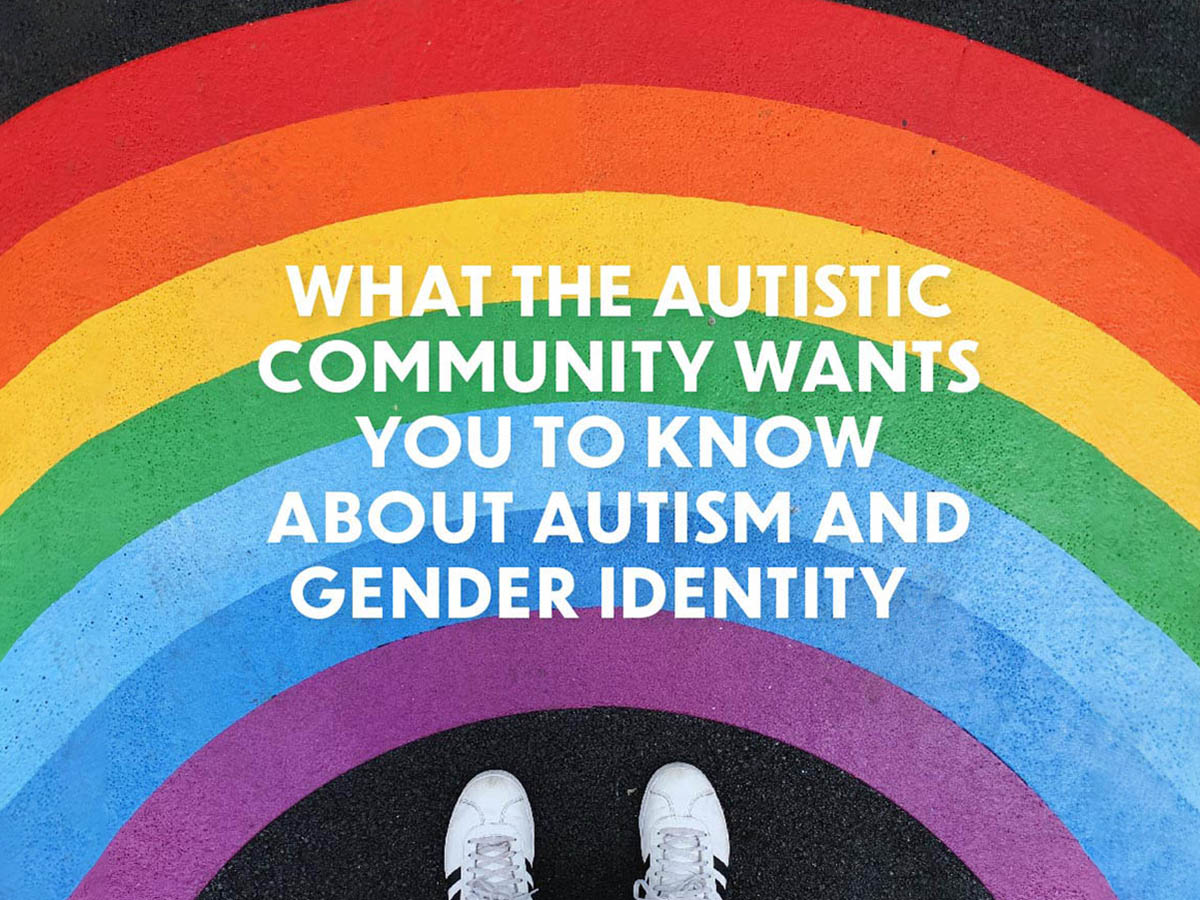 Autistic and LGBTQ+ The autism community has a large and diverse representation within it, including a large number of people within the greater LGBTQ+ community. […] 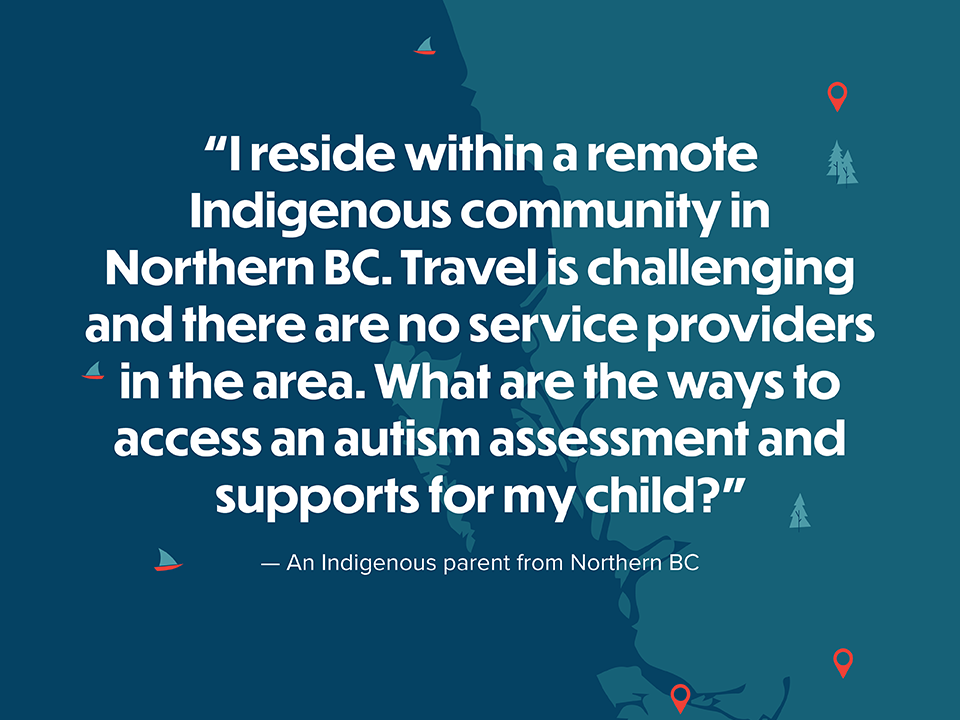 How do I access supports for my Indigenous child in the North?

“I reside within a remote Indigenous community in Northern BC. Travel is challenging. There are no service providers flying into our area to provide services […] 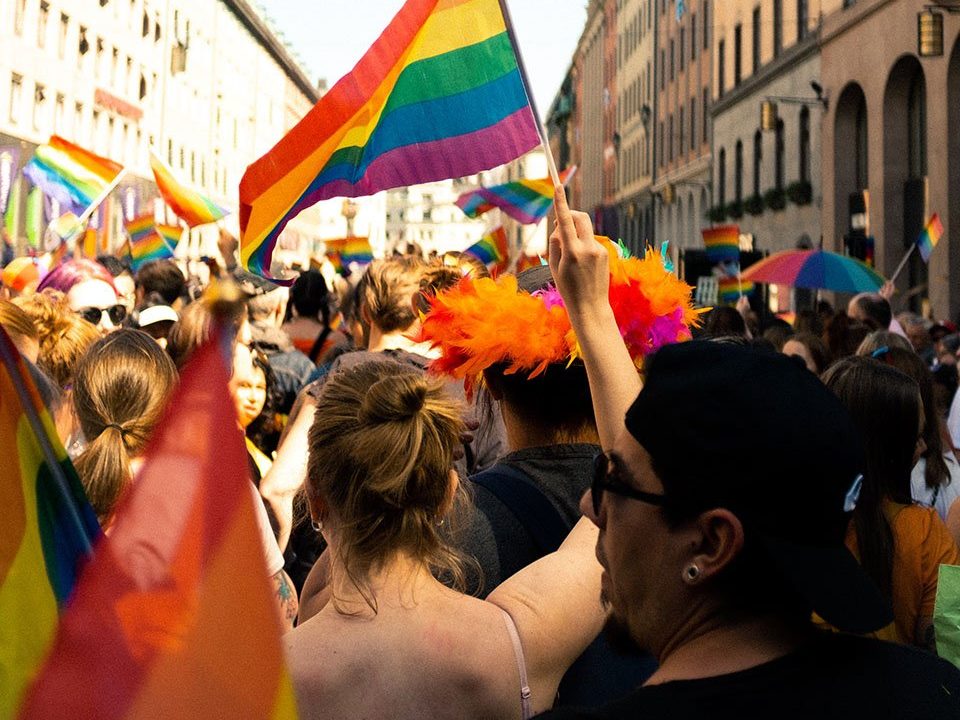 This pride month, we’d like to highlight the many autistic queer people in our community and challenge pride event organizers to think about accessibility.