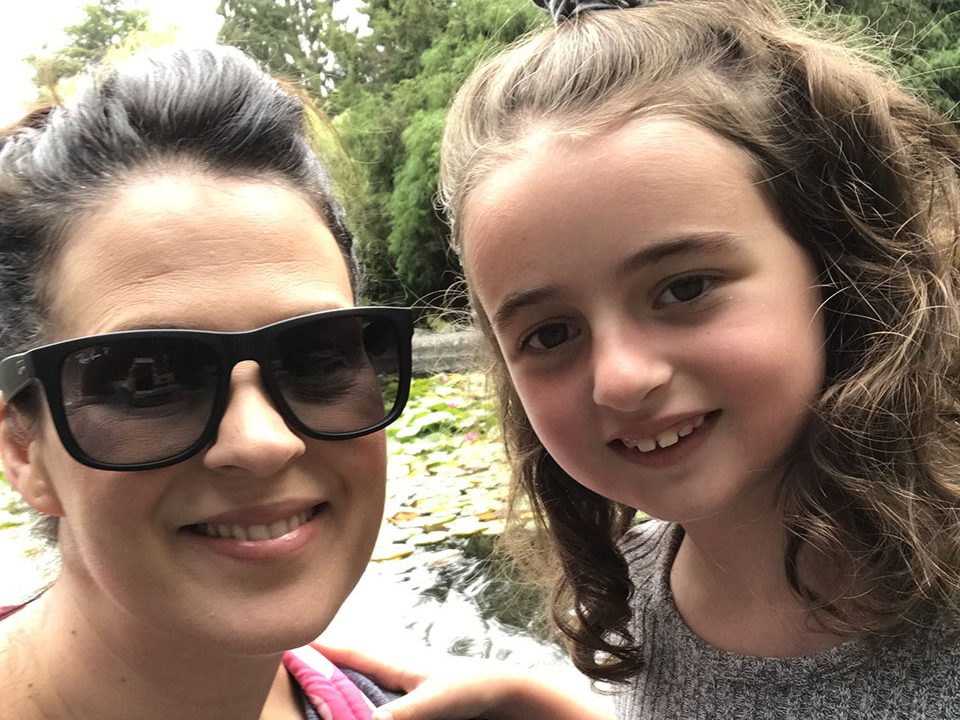 Vicky Ryan, founded Girls Club to allow neurodivergent girls to build friendships and be themselves. This is a little about Vicky's story:

Our daughter, Charlotte, was diagnosed as autistic just shy of her third birthday. Knowing hundreds of autism families now, I can see that our diagnosis was more traumatic than most.

Most families notice “something off,” seek out a pediatrician and go from there. For our little one, on the other hand, she developed typically until about 2 ½, then had a sharp regression of skills. She went from talking in full sentences, and interacting with us fully, to losing words, and losing her fine and gross motor skills. She stopped answering to her name and started drifting away.

Alarmed, we sought help: we were admitted as in-patients into BC Children’s Hospital, where we stayed for a week in the neurology wing, having an MRI, CT, EEGs, and blood tests for a range of genetic and metabolic conditions. In the end, a neurologist dispatched us with: “there is nothing medical I can do for you… I suggest you seek out a social worker,” and off we went.

The early days were tough. There was a lot of self-doubt and fear. We were lucky to find a great Behavioural Consultant and Interventionist.

Progress felt painstakingly slow. We were not one of those families who could boast about the “amazing progress” our kid was making in therapy. We were the family who huddled together at night questioning it all. We were the family desperate for any sign that things were going to be okay.

I was 40 years old when Charlotte was diagnosed, and I’m 46 years old now. Those 6 years have felt like 100 years, at least. We’ve been through the wringer as parents and were lucky to come out the other side. While progress WAS slow, it was still made. Our life today looks radically different from our life six years ago. As only hindsight can show, it did “turn out okay” … just not in the way we thought it would. 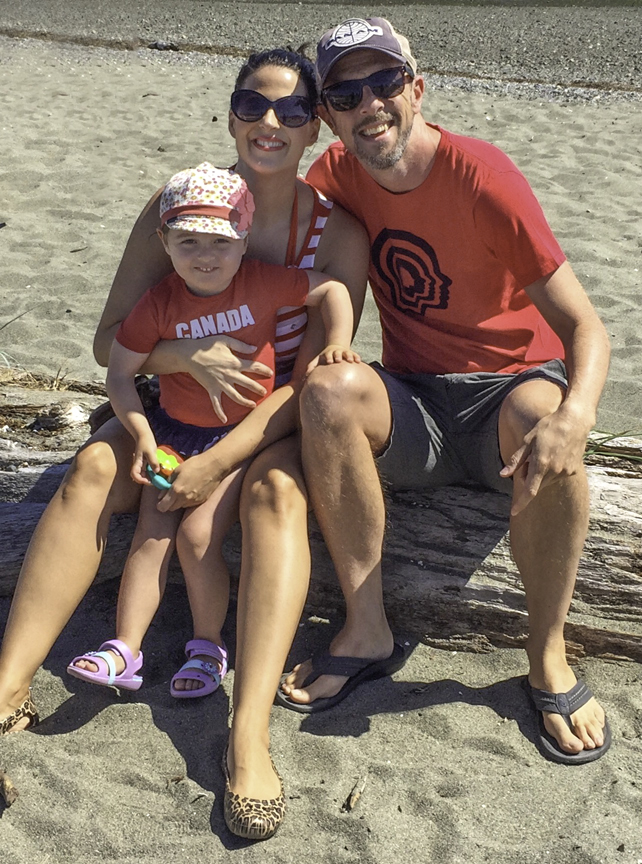 Charlotte is now a happy, healthy 8-year-old. Like most kids, she enjoys school, and participates in extracurricular activities, like swimming and taekwondo. She also loves music, walks, playgrounds and the beach.

Unlike most kids her age, Charlotte’s school and activities are adapted to meet her where she is at right now… And I think this is key. She’s able to find joy and thrive in environments that support and encourage her, where she can use her strengths—which are perseverance, positive attitude and work ethic—while working on her challenges.

She still doesn’t speak verbally, but she’s able to type and can express herself beautifully in writing. She doesn’t like to do it, because it takes a lot of energy and focus for her to “talk” using her iPad, but just knowing what a bright and insightful mind she has eases some of the worries we have about her future.

“Girls are less likely to be diagnosed with autism than boys…but this isn’t because fewer girls are autistic.” 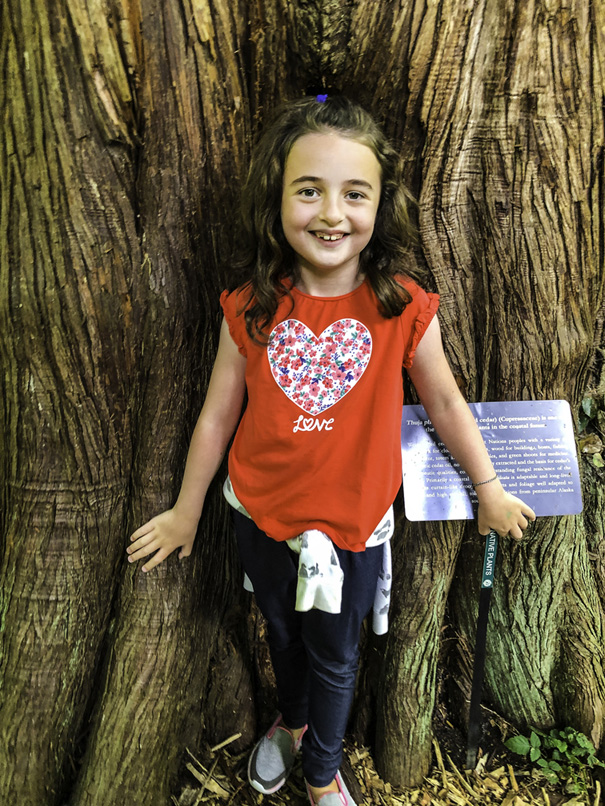 Girls are less likely to be diagnosed with autism than boys (the rate is about 1:4), but this isn’t because fewer girls are autistic.

This is because the diagnostics are still catching up to the gender biases that once dictated that autism only occurred in boys. Instead, many girls are given “alphabet soup” diagnoses like: “she has ADHD + OCD + PDA” or “language delay + severe social anxiety,” etc. While that’s slowly changing, there are still far fewer girls diagnosed, and having an autistic daughter is currently pretty unique. In fact, I’m often the only mom of a daughter in many autism parent groups and forums.

That said, I see many more similarities than differences when it comes to parenting. Charlotte is an only child, so I don’t have experience mothering boys or neurotypical children, but I can see from the women in my life that do, that – for all of us—being a mom is the most incredible, and yet most challenging, role conceivable. It has the highest highs and can have the lowest lows. When your child hurts, it’s like being ripped open from the inside—it’s a hollow, aching pain; when your child is happy, it’s like life has bestowed its greatest gifts upon you.

Motherhood, regardless of your child’s gender or neurology, shares that experience. 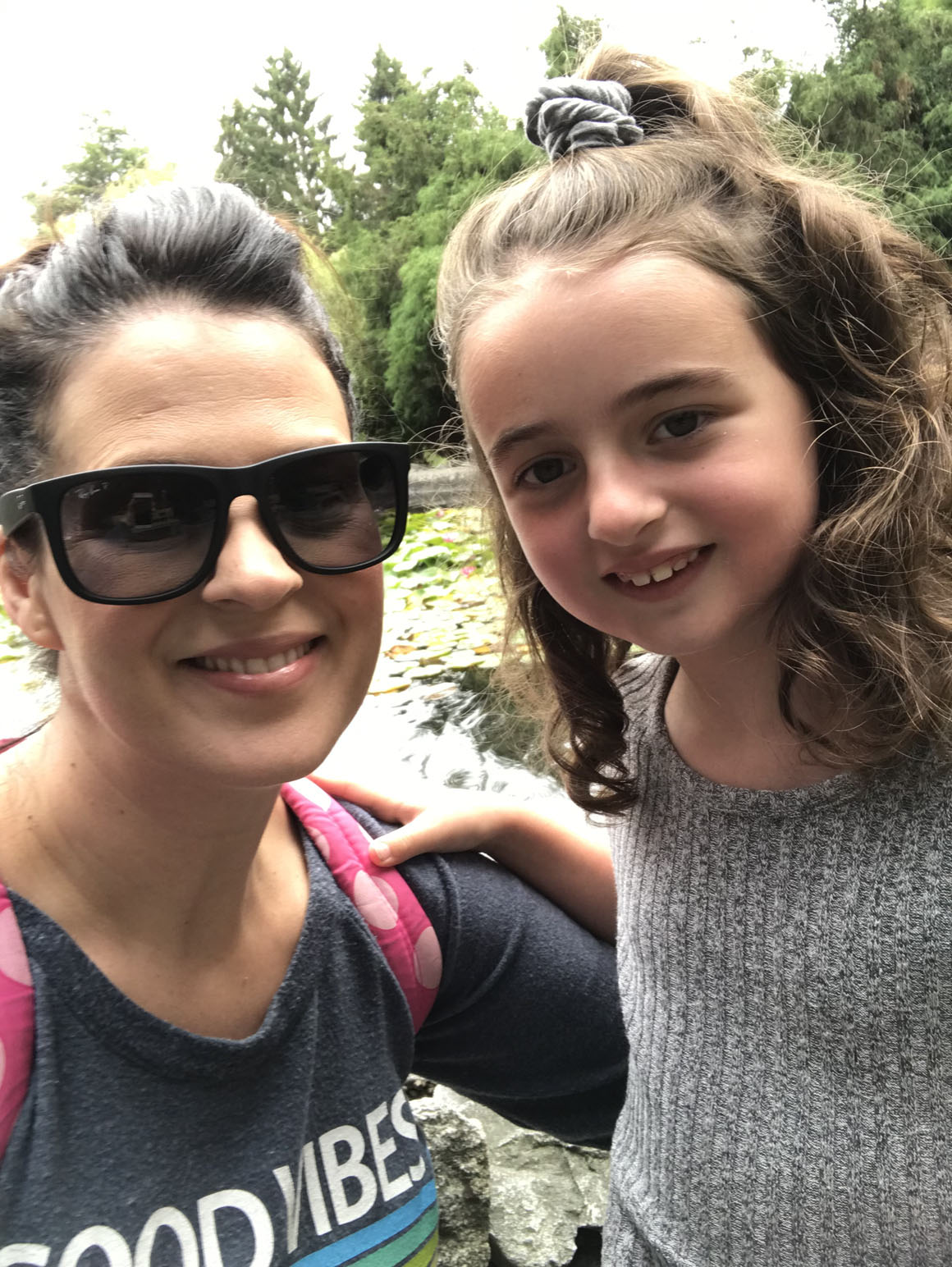 Charlotte’s superpower is JOY. Her happiness and love of life bubble over, so she easily spreads joy to those around her. She’s also sensitive and empathetic, with a huge heart. She’s exceptionally bright and articulate and expresses herself beautifully in writing (which is useful because she doesn’t speak.) She’s also beautiful, fun-loving, sweet and affectionate.

Charlotte is so many wonderful things, but what I am most proud of is her work ethic. She has to try harder than most to do things that a lot of us take for granted. She has fine/gross motor challenges, a severe speech disorder, and a highly sensitive nervous system, which makes crowds and stimulating environments extremely overwhelming… and, through it all, she never gives up. She tries, and often fails, and yet tries again. I admire her openness, willingness and undying spirit.

“They are not broken. They are beautiful, and they need to know that.” 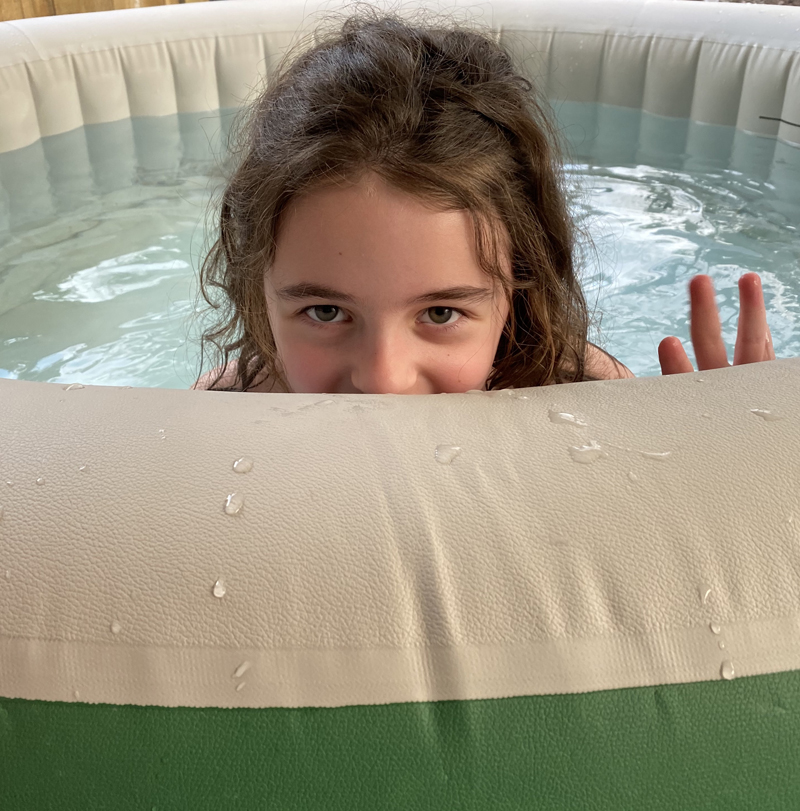 Words of encouragement are a funny thing because you need to hear different things at different points in your journey.

When Charlotte was first diagnosed, I needed to hear “it’s going to be okay.” I don’t know if I believed it, but I needed to hear it a lot. I obsessively looked for stories where autistic kids became successful, happy, thriving autistic adults… and I found those, but I also found a lot of the opposite kinds of stories. It was a confusing and anguishing time.

If you’re new in the journey, I’ll share this: TAKE IT EASY. Mom, Dad—you’re doing the best you can right now, and that is enough. You can’t research it all, you can’t know it all, you can’t do it all. It’s okay to slow down. There is no magic window of time. Yes, maximize those AFU dollars, but also allow your kid to be a kid. Downtime is not just important, it’s a necessity. For you and for them.

If you’re farther along in your journey, I’ll share this: ACCEPTANCE IS LOVE. Give your kid every opportunity possible for growth and support, but don’t try to fundamentally change who they are. First of all, you can’t… Second of all, trying to change who they are sends the message that they are broken. They are not broken. They are beautiful, and they need to know that.

At any point in your journey, I’ll share this: FIND YOUR TRIBE. There are peace and support in seeking out other families like your own. I was reluctant, at first, because I wanted to lick my wounds in private. I didn’t want to join a community that I never chose to be a part of. I was angry and afraid… But when I let go of some pride and fear and reached out for help I found a wonderful community of like-minded families I could share my family and life with. It made all the difference in the world. 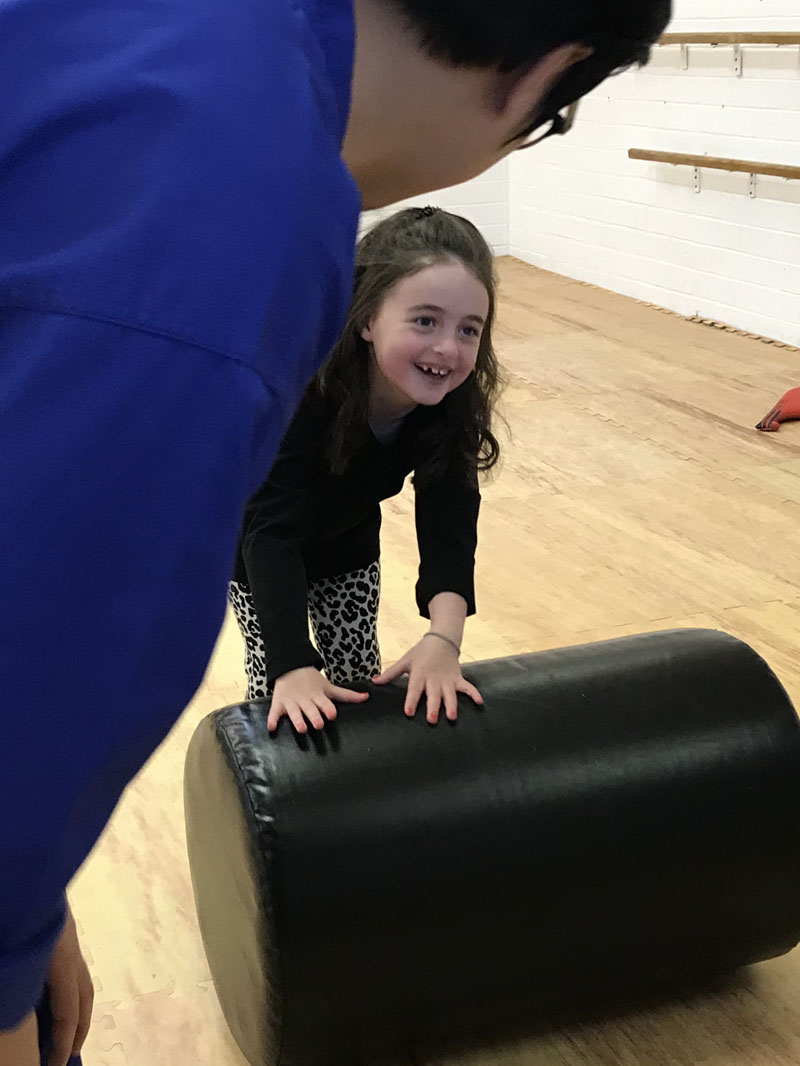 Mainstream groups didn’t want us and even adapted groups were a challenge for us, with unexpected participation barriers. No matter where we went, I felt like we didn’t belong.

I dreamt of a place where Charlotte—and girls like her—could find each other, make friends, and just be themselves. I knew that place didn’t exist, and I had to create it. The Pacific Autism Family Network hub had just been built that that time and I approached them. They offered their support and put me in touch with AutismBC, who provided additional support and resources to help me launch.

“We are forever connected by our children, and the friendships they are forming with each other.” 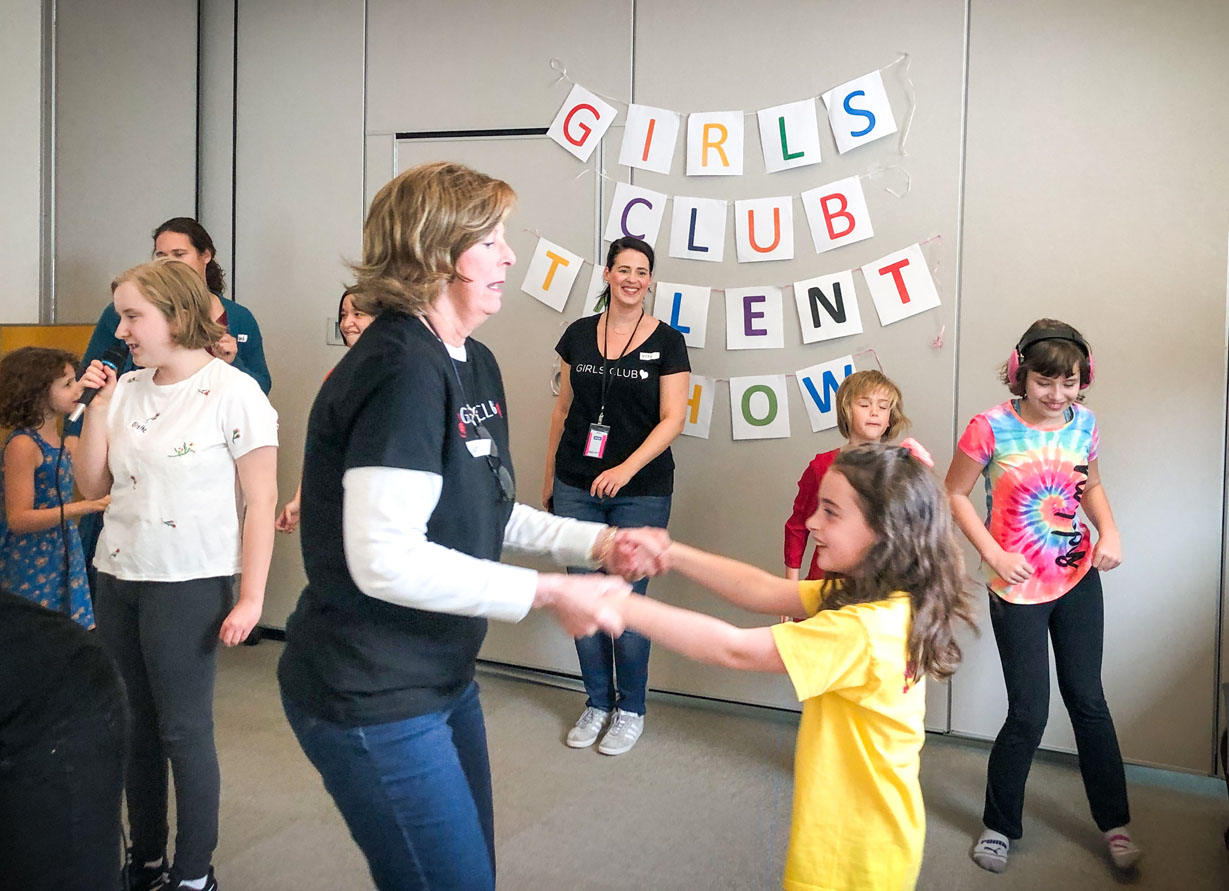 We launched in April 2017, and are coming up on our third anniversary! We have over 500 girls in GIRLS CLUB, and chapters across the province in the Okanagan, Thompson Valley and Northern BC.

What keeps me motivated to run GIRLS CLUB? It’s fun! We have a blast at every event—whether we’re making crafts, having a theme party, or exploring the forests or the beach. The girls are amazing: so fun-loving, and incredible. I love them all dearly.

It’s my community now. The families in GIRLS CLUB have become dear and life-long friends. We are forever connected by our children, and the friendships they are forming with each other.

Vicky was the Winner of 2020 BC Autism Awards in the Volunteer of the Year category. This award is presented to an individual who demonstrates a tremendous impact in the province to support the autism community. We are so grateful for you in our community, Vicky! 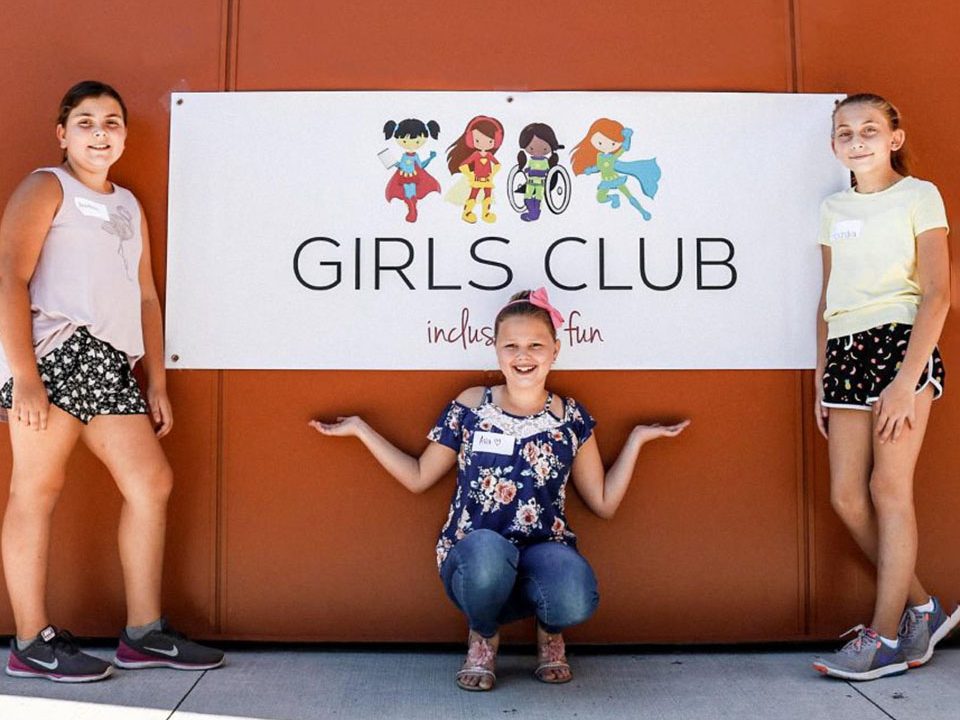 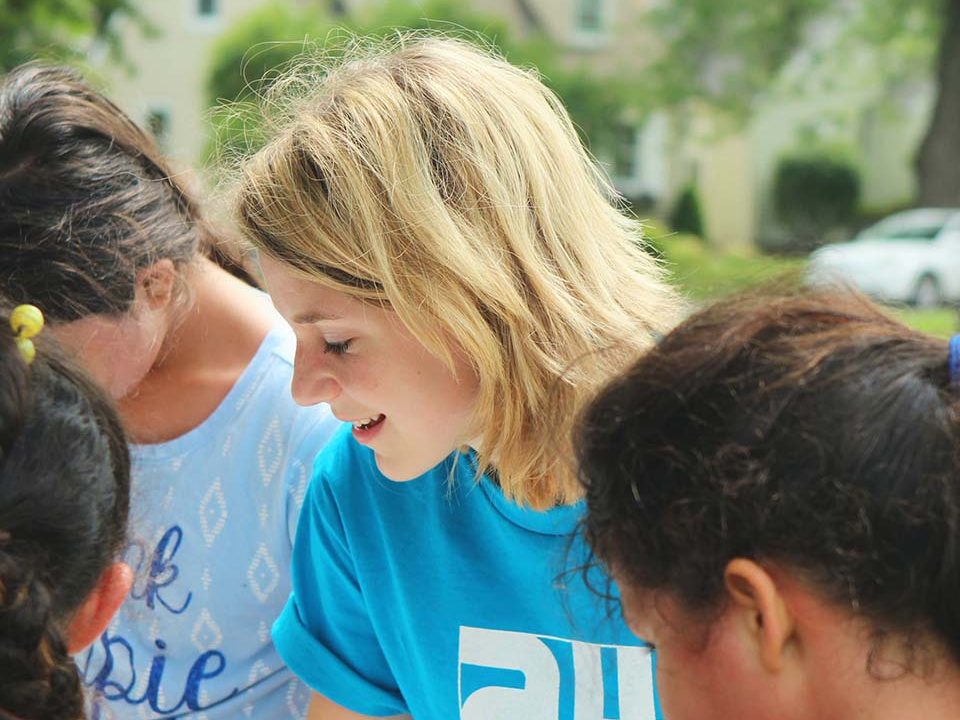 Finding Support Services for Autism in BC 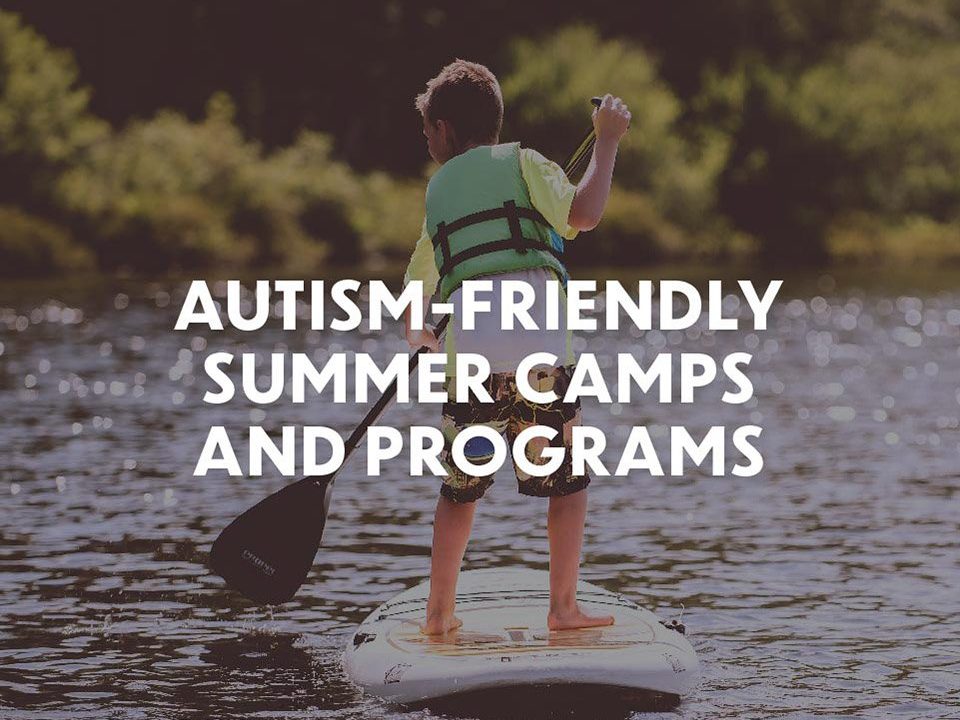 Summer can be the highlight of a child’s year, but it can also be full of adjustments. We have compiled a list of Autism-Friendly Summer Camps, Day Programs, Online Events, and more to help you and your family plan! This list will be growing as we discover additional programs, so feel free to check back regularly. Do you know of a Summer Camp or program that we should have included on this list? Let us know.