Back to School Tips for Autism

In my role at Autism BC, I hear from many families that are struggling with the education system. It can be tough to listen to these stories. My son recently entered high school and during our ten years in the public school system, I’ve learned a few tips along the way. I hope they’ll empower and inspire you and your family who might be new to this journey.

It was in 2010, and our school of nearly 500 children didn’t have any diagnosed autistic students. In the spring, I met with the school principal to let him know about our son who would be starting kindergarten that fall. Our principal was known for his safety protocols and was receptive to my advice on my son’s needs. We even had the Resource Teacher/Learning Support Assistant Teacher come out to our house in August to meet with us and introduce herself.

I created an “All About Me” book, which includes photos of our family, what he liked and didn’t like, and my contact information if they had any questions. During that kindergarten year, I heard from many parents in his class that they appreciated the book, which helped both them and their children. I had asked the teacher to allow each family to take the book home for a day or two so they could read it with their child. It was laminated, so even in this COVID-19 world, it could still be wiped down and disinfected between readings.  I continued to revise and revamp the book for the remainder of his elementary school years.

In Kindergarten, my son was invited to birthday parties, and we attended some of them. Once he got into the older grades at elementary school, he didn’t get invited to any birthday parties. I had a tough time with that, but he thankfully didn’t mind. You will likely not have the school experience that you envisioned before you became a parent. I think a lot of the time, it’s harder for the parent/guardian to accept this than the child as they don’t know any different. Get rid of your expectations.

Some articles I liked about helping your kids make friends at school:

My son has never been bullied at school, that we know of. A significant reason is that he isn’t left unattended and always has a support person with him. However, I think a lot of students who receive less support are more vulnerable to bullying. Here are some good support resources:

Dealing with Changes: People and Environment

Our Kindergarten EA (Education Assistant) Carrie (who happened to be my next-door neighbour growing up in Prince Rupert) was excellent with my son and he had a fantastic year. As we all know, life changes and not everything can stay the same. Grade 1 came, and we had a new EA. I was doubtful, but in hindsight, having various EAs throughout his years has been beneficial. My son adjusts well to new caregivers and his new EA was also exceptional. I know this is not the case for every student.

Middle school was a transition that I dreaded. Surprisingly, my son rocked it! In grade 6, he was able to go into the middle school several times with his EA, meet the Resource Teacher, see the school, and the Resource Room. They didn’t have swings at middle school, which he loved, but he seemed happy enough to replace swinging with playing basketball.

When she called me about the incident, I was very understanding as I know my child, and this could have happened at our home.

My son is quick, and things can happen fast! When he was in Grade 1, his EA turned for a second. The next thing you know, he was out on the second-floor roof. Not only that, but he was also staring into the window of a classroom. Our capable EA simply asked him to come back, and he did. When she called me about the incident, I was very understanding as I know my child, and this could have happened at our home. When I went to pick him up that day, the principal was horrified and apologetic. They retrofitted all the windows in that school so that a similar incident wouldn’t happen again. Afterward, we also created a Safety Plan for everyone to refer to. Remaining somewhat calm and non-judgmental when these incidents happen enables the parents and the school to work together professionally and positively.

Advocacy: Stand Up for Your Child but Don’t Get Lost In It

We had another incident in middle school. My son broke the glass on a fire alarm case and cut himself. I arrived at the school and took him home. The principal called that afternoon and advised that he could not attend school until there was a Safety Plan in place. It confused me because he did have a Safety Plan after the window incident in grade 1. It was either too old or didn’t transfer over. I told him that my son not going to school would be upsetting as it is part of his routine and that they needed to create the Safety Plan and he would be coming back after lunch the next day. The school called the next morning and, again, asked if I could hold him back until the week after. The Mama Bear in me came out and I told them no, he would be going back the day after. I believe this was a situation that required me to step up for the sake of my child’s well-being, and I came through.

There’re also times that I chose not to keep pursuing because, looking at the big picture, it’s just not worth my time and energy. At one point, we looked into a private school because it offered a special needs life skills program. Unfortunately, our son was considered too high needs for their adaptive curriculum, and even though we offered to provide more support, they declined us. We felt rejected, especially when I knew similar kids who had attended in the past. In the long run, did I want my child to go to a school where they didn’t want him? Short answer: “No.” Use your advocacy cards wisely and spend them on matters that are worth your effort.

In the long run, did I want my child to go to a school where they didn’t want him? Short answer: “No.”

As mentioned in the beginning, I hear from many families that are struggling with the education system. I compiled these stories and presented them to our School District. Since then, there has been more collaboration between our School District and parents. A committee has been created called PIE (Partners for Inclusive Education). I’ll include some advocacy resources at the end of this post, but for the most part, this is a good news story with a few challenges along the way.

Trust in Your Decisions; It’s OKAY to Opt-Out of Things

One thing we elected to do was to keep our son home for the first week of school. Our school would send kids back to their old classes in the early few days until they knew where the children were going to be placed. We thought it would be too confusing for him to go to last year’s class and then move to a new one a few days later. This was our choice, and I just assumed our summer break would last another week. Know your child and do not feel bad about having to opt-out of things for their sake.

During middle school, my son started spending more time in the Resource/Special Education Room. For him to be sitting for long periods in the classroom at a desk just wasn’t working anymore. Some people may say that it doesn’t sound inclusive, but I never felt that way because I agree that being in the class the full day would not be beneficial to him either. Again, this was a choice that we made, and it worked best in our situation.

We never participated in the Christmas concerts because they were after school hours, and I think it would have confused my son to go back to school. In his intermediate years, we tried a few dances, and he did much better than I would have anticipated. Trust in your parental instinct and ability to make good decisions for your children, and when they’re ready, they’ll shine!

To sum up our journey so far, these are the things I’ve learned during our ten years in the public-school system.

If your child is being excluded or you require advocacy: 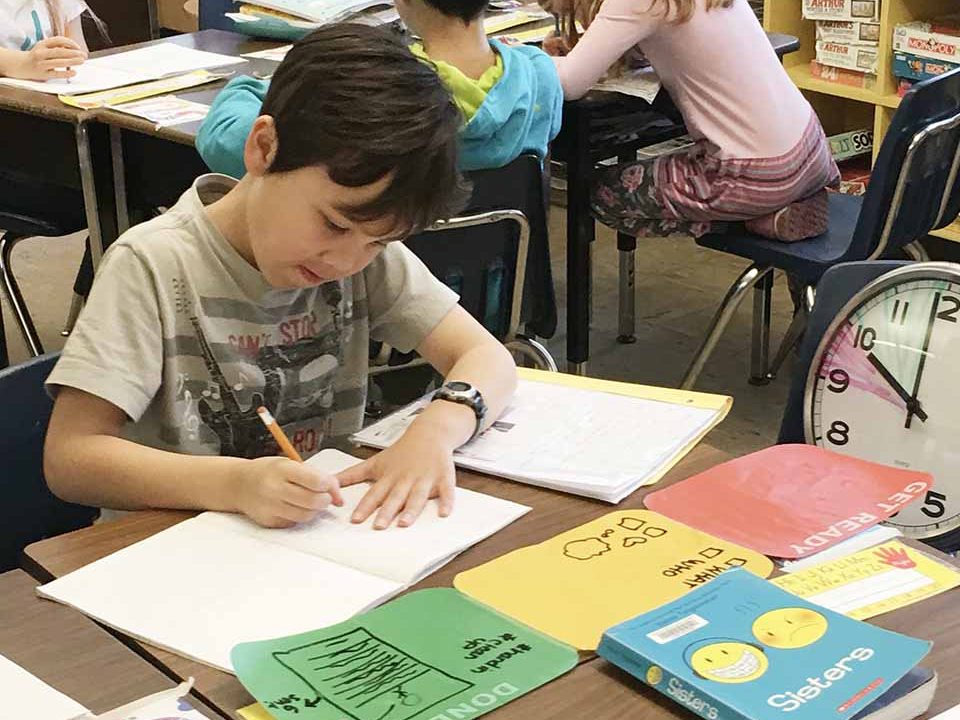 Back to School Planning

After much effort, you’ve finally settled your child into a summer routine, and now you have to start transitioning them back to school! 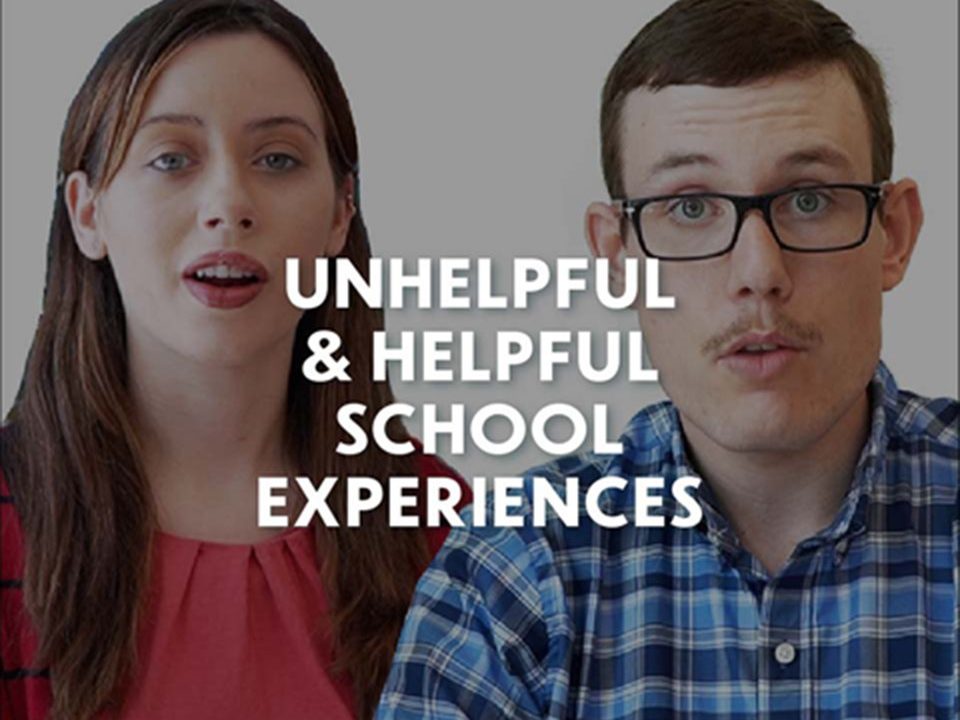 Content Warning: Bullying, school system, mental health School can be a challenging place, especially when those around you don’t take the time to understand your […] 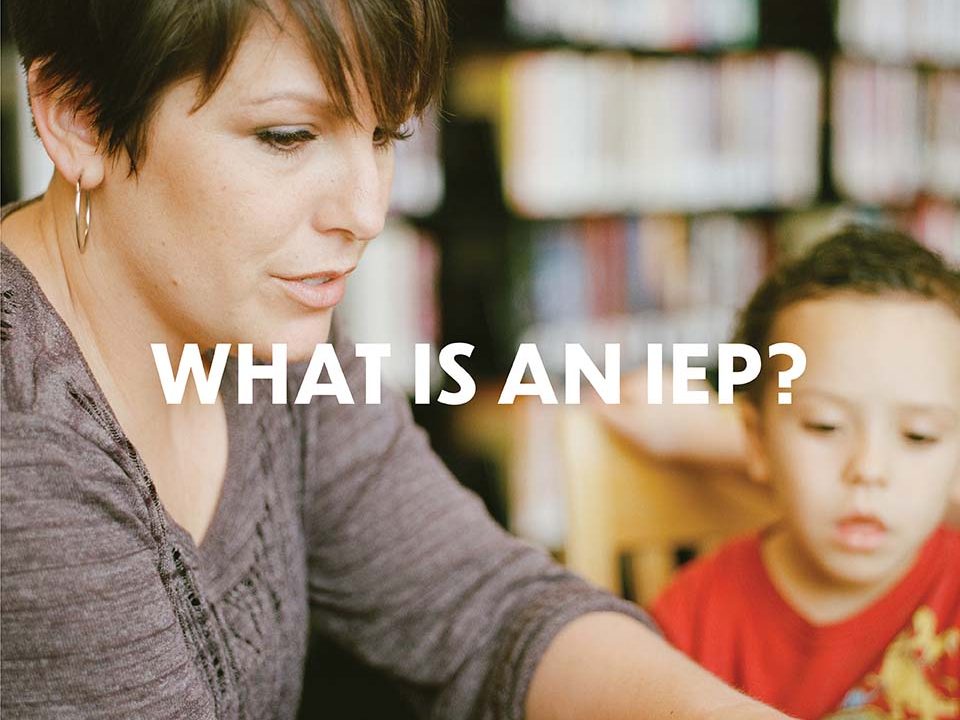 A Guide to Individual Education Plans (IEPs) in BC

I remember the start of the school year after our son’s autism diagnosis being full of questions. It was difficult to know what information I needed […]