Member Login Donate
Get your raffle tickets today!Enter to win

We asked content collaborator Aly Laube to share some advice on how managers can better support autistic employees.

For autistic people, getting and keeping a safe and supportive job can be difficult.

Managers who aren’t autistic can have a hard time understanding some autistic traits, which can lead to miscommunications, mismanaged expectations, and a lack of accessibility.

Data gathered through the Canadian Survey on Disability in 2012 showed the employment rate for autistic adults is 14.3% compared to 92.7% for the general population.

According to the provincial government, approximately 334,000 British Columbians, aged 15 to 64 years, self-identify as having a disability.

A report called Embracing neurodiversity at work: how Canadians with autism can help employers close the talent gap by Deloitte Canada and auticon went into some of the barriers autistic people face during and after the hiring process.

It found 33% of autistic adults reported being employed in 2017 compared to 14% in 2012 — an increase, but that’s still compared to the 80% employment rate for adults without a disability.

“Fifty-six per cent of those surveyed said they feel they are treated differently from their non-autistic colleagues, while 55% said they feel there’s still a stigma attached to autism. Forty-two per cent reported they have been the target of discrimination at work,” reads an article about the report from Global News.

Grasping the magnitude of employment insecurity for autistic people makes it all the more important for employers to make sure they’re creating a safe and accessible environment.

Here are some things employers can do to better support their autistic employees.

Autistic people are experts on how to provide accommodations that are right for them, so listen to them.

“When members of the public envision the disability of autism, they most likely envision a child, rather than an adult,” reads a 2011 article called “Infantilizing Autism.” And certainly, many autistic adults have faced this firsthand. Some of us might feel like it’s hard to be heard or taken seriously at work, and condescending reactions to things like stimming in public can only make matters worse.

Rather than giving autistic employees incredibly easy tasks, challenge them in a way that inspires them. Find what excites them and use that energy to meet your shared goals. Understand that they are qualified and capable, even if they need extra support, and trust them to work without supervision if they’re ready.

We can ask for help if we need it, especially if you’ve created a safe and welcoming workplace for autistic people. 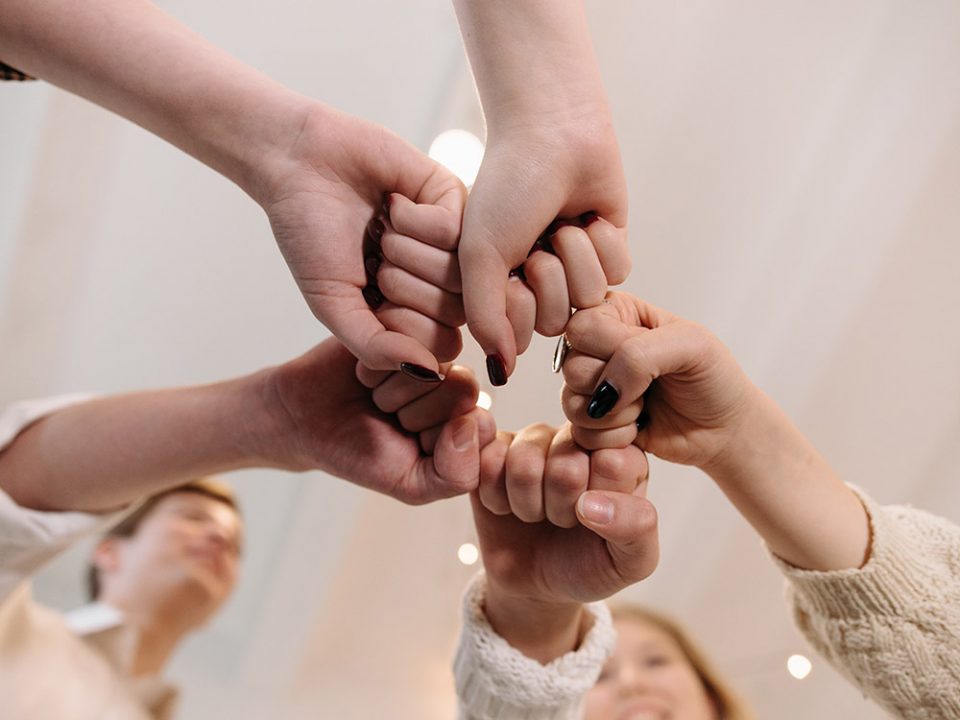 Make periodic goal plans with SMART goals together, which should include due dates and strategies for task completion. This is an acronym that stands for Specific, Measurable, Achievable, Relevant, and Time-Bound. Using it can help you stay on track and give you clear instructions for how to succeed at work and avoid unnecessary confusion.

Written communication is also a great tool for making sure no information is lost during your meetings. It can be useful to refer back to, but everyone’s preferred method is different. Some folks might want verbal communication only, and that’s valid too.

Can’t figure out a way to document everything you need to in writing? Run a screen or audio recorder during meetings and send those files in an email later. Some of them come with transcription services that can make it easier for you.

Provide more coaching and positive feedback and understand that things that seem obvious to neurotypical people are sometimes unclear to autistic folks. Managers need to practice patience and compassion as autistic employees adjust to the workplace environment, social hierarchy, and routines required of them in a new environment.

However, it’s also key to avoid being condescending. Autistic adults should be trusted to complete their assigned tasks, but support should also be readily available to them. Asking for support, even long past the probation period or indefinitely, should not be framed as them putting a burden on management, or as a personal failing.

Before you start coaching someone autistic, ask them what would be helpful. Do they just need time and information to figure things out on their own, or can you help them get further along in the process? Keep communication open and remember that you’re equals.

Create a safe space to share feelings and requests

Instead of waiting for autistic employees to jeopardize their own health and income security by asking you to comply with a list of accommodations without knowing what the response will be, go to them first. Ask them what their support needs, triggers, and recovery techniques are, and be willing to collaborate and be flexible.

Because autistic people communicate differently than non-autistic people, managers also need to understand that miscommunications will happen, but can be properly avoided with clear, consistent instructions and feedback.

If your autistic employees feel valuable and welcome, they’re far more likely to reach out when they need help instead of pretending everything’s fine. 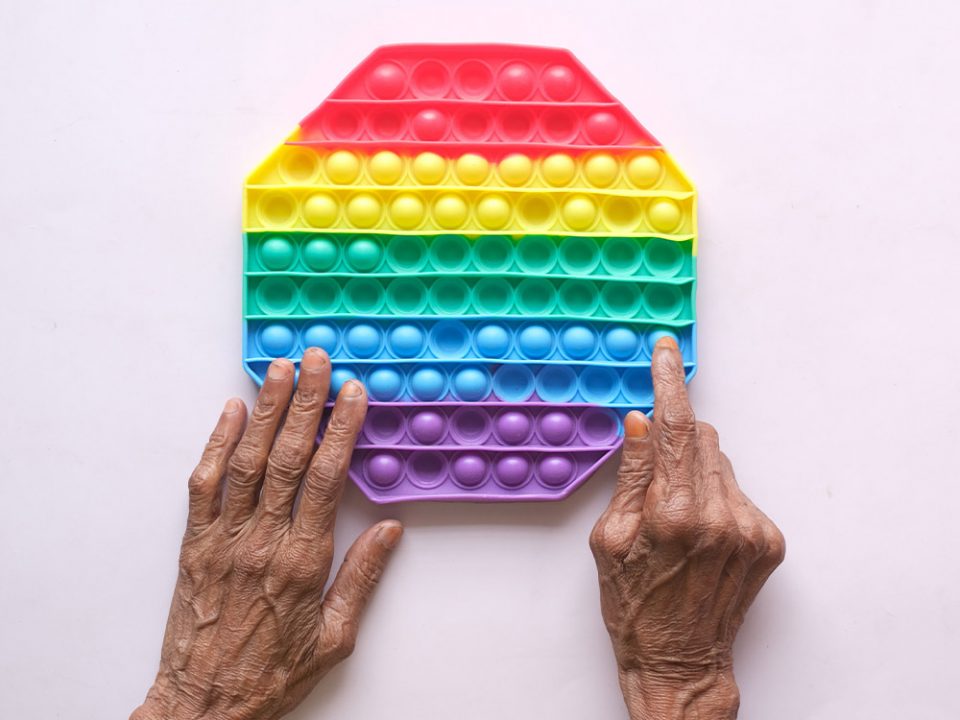 Don’t be rude if we stop masking

Adhering to traditional manners and social norms can be hard for us, whether it’s struggling to regulate our facial emotions, making eye contact, or staying still. These are just a few examples — many autistic people have probably been asked “What’s wrong?” at work because they aren’t smiling, or told they seem inattentive for fidgeting and looking down.

As an employer, expect that your autistic employees will likely have a harder time fitting into your workplace culture and making friends than their neurotypical peers. Don’t use this as a reason to undervalue them or interpret it as them failing to put in the effort. Sometimes, even if it looks like we’re not masking, we’re still doing our best to be good company.

You can even tell your employees it’s okay for them to unmask, should they feel comfortable showing their natural tendencies and traits at work. Remember that not everyone can drop the mask; for some of us, unlearning that conditioning is a lifelong process.

If they work from home, one way to encourage your autistic employees to unmask without being subjected to criticism is to let them keep their video off in conference calls. If we can’t be seen, it’s much more comfortable to unmask without consequence.

This also goes for understanding “blunt” behaviors, like regularly asking for clarification or reassurance, asking a lot of questions during meetings, or using a monotone tone of voice. It’s not impoliteness and interpreting it as such is unfair and unrealistic.

Meltdowns, burnout, and overstimulation can happen at any time. When it does happen, many autistic folks benefit from sensory deprivation, which means they might need to take unexpected breaks and days off to care for themselves.

Employers responding to this by seeing autistic employers as less lucrative and more disposable is exploitative. Many of us need flexible work hours to survive, otherwise we won’t be able to hold down a job at all — likely a large contributor to the high unemployment rate among autistic Canadians.

Understand that they may not be able to take on more shifts, even if you need them filled. Ask them how much time they need and consider paying them for it even if they’re not at their desk. Don’t guilt or chastise them for it.

If you let your autistic employees go as quickly or slowly as they need, you might be surprised by the volume and quality of work you get in the long term. Just because we can’t always fire off deliverables at a rapid, immovable rate doesn’t mean we can’t be incredible assets to the teams we’re a part of.

Since sensory issues are common for autistic folks, many of us can find loud noises and anger incredibly jarring to our nervous systems.

While there’s never an excuse to yell at any employee, it can be particularly upsetting for autistic people. When giving feedback, try to be calm, clear, and concise. Otherwise, it’s easy to get lost in overwhelm, which won’t help anyone.

Some autistic people also have rejection sensitive dysphoria, or RSD, loosely defined as extreme emotional sensitivity and pain triggered by rejection or criticism. This is, in part, because many of us have been nitpicked and punished for acting authentically so often throughout our lives, and because of how some autistic folks feel emotions differently.

Consider providing feedback in the least triggering way possible. Instead of telling your autistic employee all the things they’re doing wrong, try the which both incorporate positive and negative feedback.

The “feedback sandwich” is based on offering praise, then criticism, then more praise. The “feedback wheel” is a bit more complicated and less hierarchal, used as a framework for each party to communicate what they saw or heard, how they interpreted it, how they feel about it, and what they would like next.

People with RSD will be appreciative, and your advice is much more likely to actually be implemented when they’re not spiraling.

If your autistic employees are coming in for their shifts rather than working from home, it can be hugely beneficial to have a “cool-down” room that’s quiet, private, and dim. This can help autistic people ground themselves and continue with their workday without burning out and needing to take a more extended break.

To avoid unnecessary overstimulation, consider how loud it is, too. Can you encourage people to avoid noisy cross-talk? Turn down the music? Turn off harsh, bright lighting? Once again, asking the employee in question what they would like best is a fail-safe method of figuring out how to make a more sensory-friendly environment for them.

Say what you mean

This will take practice, since many neurotypical people have been successfully conditioned to be polite rather than direct. Autistic folks struggle with the opposite, in general: Being direct rather than polite.

Instead of expecting us to do all of the adjustments ourselves, meet us in the middle by trying to say what you mean. No need to be passive aggressive or expect them to read between the lines. It likely won’t yield the results you want as a manager anyways.

Using coded language, jargon, and unspoken social expectations won’t be useful if you’re trying to be direct. Saying what you mean is a skill, and it’s much easier to respond to for a lot of autistic people. 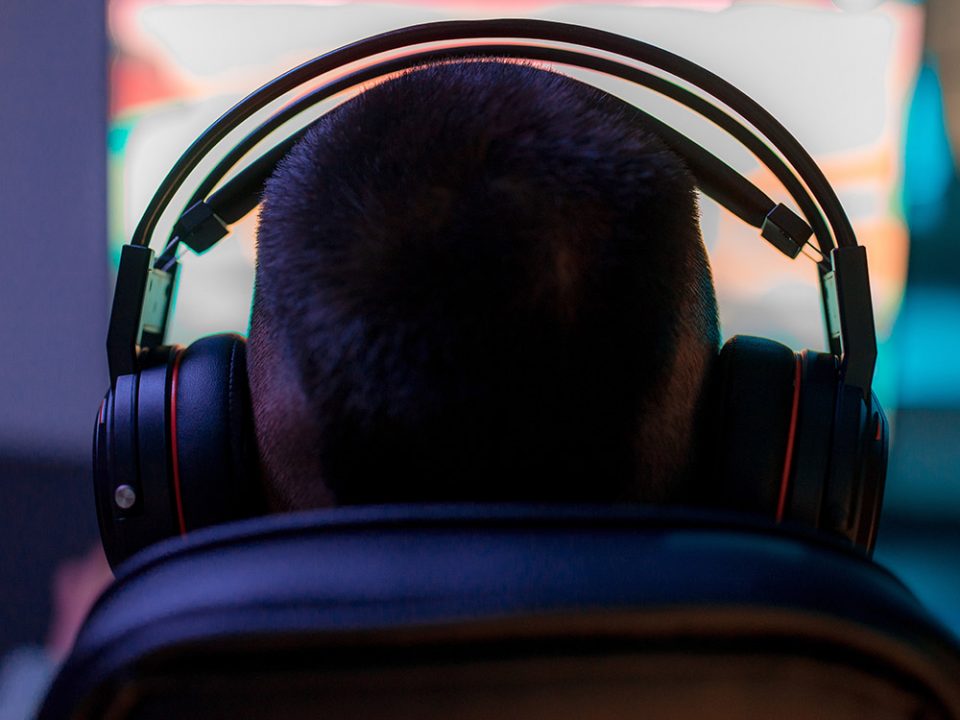 Is there someone in your office who can only focus if they’re wearing noise-cancelling headphones? While that could be interpreted as being antisocial, many autistic folks need these kinds of tools to filter out overwhelming stimulation.

If you want them to focus and do well, allow them to use whatever they need, whether that’s a fidget toy or sunglasses or anything else that makes it easier. Don’t make a big deal out of it, and remember that differences are not deficiencies.

As an employer, it’s your responsibility to make a safe space, should you choose to hire autistic employees. Following these tips is a great place to start, but being accessible and accommodating is a never-ending process of learning, growing, and improving. Doing further independent research to understand what autism is and how people experience it will always help.

Would you like to participate in a community and custom training workshop with AutismBC? Check them out online.